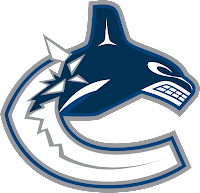 It’s actually unhealthy how much happier I am when the Canucks win. Seriously… I think I have a problem. Should my life really be this caught up in whether my team puts some rubber in the other teams net more times than they do in ours?

Yes, dammit! I’ve waited 33 years for this. Years of disappointing ends to seasons, years of shifting attention to the draft (how you doing Edmonton?), and years of thinking that maybe, just maybe, if I live long enough I’ll get to see the Canucks hoist the cup. And now with the Canucks only 2 wins away is seems like an eternity ago that I literally hucked my couch across the room in disgust (sadly it wasn’t an eternity ago, it was in the first round. Erika can attest; it wasn’t my proudest moment).

And here we are: Best team in the regular season, momentum building through the playoffs, full of grit, skill, heart, and laser-focused on getting Vancouver their first cup. Did I mention we’re 2 wins away? I am… wait for it… optimistic. How can this be? Normally cheering for this team has less “happy optimism” and a lot more “tennis racket to the groin”. If I had to sum up the experience of cheering for the Canucks over the last 3 decades in a single YouTube clip, it would be this:
http://www.youtube.com/watch?v=CdFW-hrGX7g

So why the sudden optimism? Why have the fans changed their outlook from the fear and dread that plagued us in previous years? I’ll tell you why: we’ve come to the collective realization that this whole year hasn’t been about hyperbole. All of those “We believe in the guys in this room” and “One game at a time” quotes we’ve been getting all year… they meant it! Somewhere along the way Vignault got it into this team’s heads that the reason you say those things to the media is because that’s the right mindset. It’s what you do if you want to win. And so the fans are responding. If the players believe in themselves as strongly as they seem to, well, the fans can do it too.