My Fridge is Vaguely Racist

It’s incredible the way you change your view of the world along with your income bracket. For instance: K-Mart is now awesome. Do you have any idea how cheap crap is there? We bought a 24 piece dishware set for $15.00. An 80-piece starter kitchen set for $69.00. 80 Pieces! And we only threw out 5 or 6 things straight from the box. Don’t get me wrong, I wouldn’t go serving tea to the queen off this stuff and there’s an 8% chance we’re going to get lead poisoning from it, but a deal is a deal. 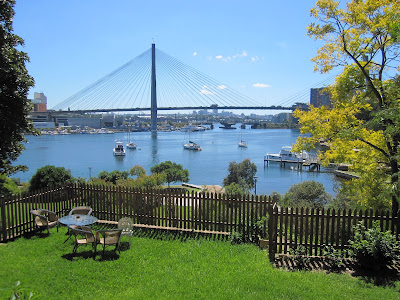 The amazing thing is that this was only $160 more a month than some of the egregious crapholes we were looking at and is in a great area. So that has us pumped. Of course we didn’t have any stuff when we moved in, but that certainly didn’t stop us. In fact, we spent the first night on the floor: 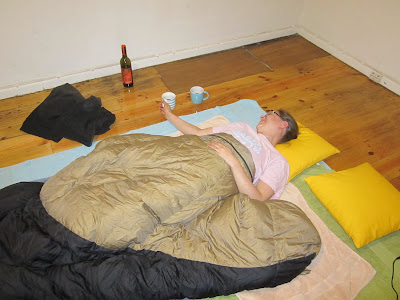 Doesn’t Erika look all cozy with that big sleeping bag? Yeahhhh… I’m a bit larger than her: 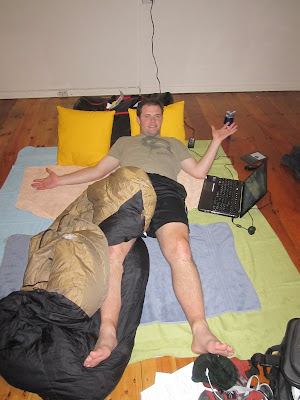 In case you were wondering, those are in fact towels I’m lying on (and I’m wearing a Rambo shirt I got for free that’s shockingly comfortable). That’s pretty much all we had until we hit Ikea for a bed and other goods. By the way, going to Ikea to outfit your home is actually not the most depressing thing you can do as a 34 year old professional married to a doctor. In actual fact, the most depressing thing you can do is to find those same items for cheaper at K-Mart, buy them, and then return the other stuff back to Ikea. Little waft of shame there, not gonna lie. But hey, at least we got a bed! Unfortunately, given that we bought it at Ikea we would have to assemble it. With tools. That we didn’t own. That led to this: 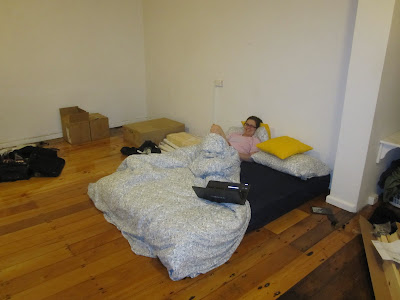 Which was great fun. Nothing like a couple of nights on the floor in spiderland to help you sleep right. At least it was only one night; another trip to K-Mart and we set our bed straight: 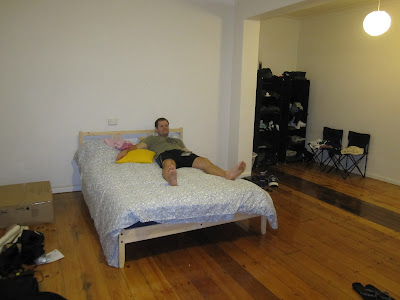 By the way yes, those shelves in the corner are our only storage. I was going to remove a shelf and hang some clothes up but we haven’t bought hangers yet. I don’t want to buy hangers. WHO BUYS HANGERS?! As an added note, apparently the spiders on the floor create a 2-foot zone where mosquitos don’t fly. Once we got the bed up off the ground they were free to attack me, and I am now harvested for sustenance by my mosquito overlords 3-5 times a night while Erika has yet to be bitten. Granted I sleep virtually uncovered by anything it’s so warm and muggy at night which makes me a much bigger target. I only wear shorts so that the mosquitos don’t get me in any sensitive areas and I’ve started wrapping my hands in T-shirts at night so they don’t bite my fingers. Erika thinks this is tremendously funny but I’d way rather be bitten on the back than the fingers.

The last thing to do was buy the cheapest fridge I could find and this is what we ended up with: 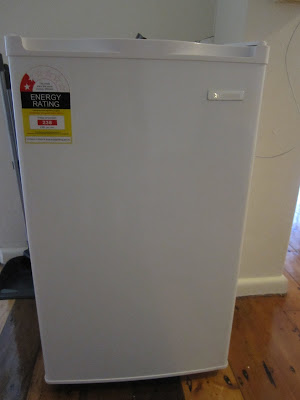 Hang on, let me show you the brand name: 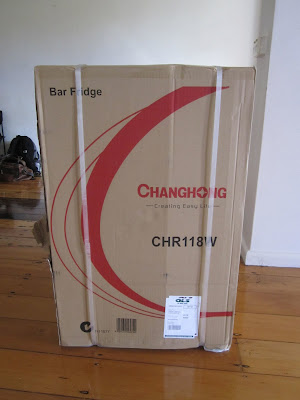 Doesn’t the name Changhong sound like someone making fun of a Chinese company? That’s the first thing that hopped to mind when I was buying it, and it doesn’t help that for the last 3 days I thought the company’s name was Chang Chong, which would really sound like racially insensitive mockery. Heck, I may have been under that impression until the moment I wrote this paragraph. This unfortunately means that for the last 3 days I have been telling people the brand name of my fridge was Chang Chong, which potentially makes me the guy throwing around racially insensitive jokes. Fortunately I have this photo to recalibrate my sense of what constitutes racial awkwardness: 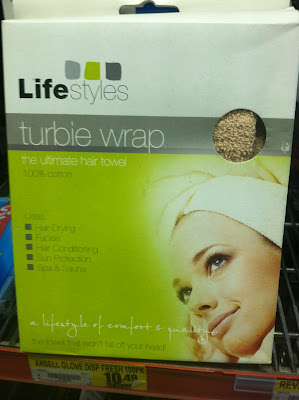 Wow. You just can’t make this stuff up.


To close, we’re going to keep a running tally of peeps who’ve managed to visit us despite our being in Sydney, Australia. First up was Sylvia who was in town for an exam and grabbed dinner with us. Sylvia is visitor #1!
Posted by Paul_Par at 5:15 PM