Last weekend we made an awesome discovery. Do you know when the best time to go to the zoo is? When the weather is crappy! I was very hesitant to go on Sunday because it looked like it was about to rain. Super cloudy, muggy… not sure it was going to work out. The thing is, two important things happen when it’s cloudy and looks like it’s about to rain:

1) People don’t want to go, and thus the crowds are smaller
2) The animals aren’t sweltering in the heat, and are thus more likely to move around and be active.

And it didn’t rain! Well, not until later that night when we had the storm of the century, but who cares. We had the best day at the zoo in the history of days at the zoo.

Sure, let’s get the obligatory “Oh, zoos are cruel and the animals shouldn’t be penned in like that yada yada” disclaimer out of the way. Whatever, Taronga Zoo is the best zoo in the world. You need to teach people about the dangers animals face, you need to make kids grow up into adults who care about animals, and you need to carry out breeding programs for endangered animals. And on top of that, where else can you put an expression like this on a grown man’s face: 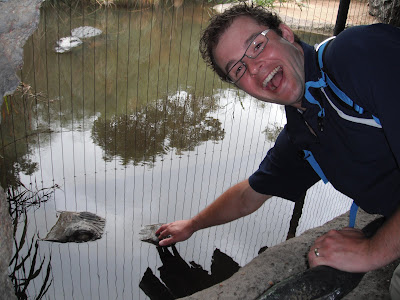 Also, this is the view from the zoo. Tough to argue that the animals don’t get a good view: 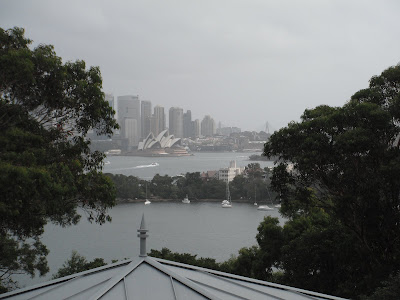 As a last point before I start talking about the visit itself, it was $44. And worth every penny.

Special thanks to Martha who was visiting when we went and took all these photos because I’m a dumbass and forgot my camera.


So let’s talk some animals! Did you know that Koalas jump? I had no idea. I thought they just slept (saw that), ate eucalyptus (saw that), and looked cute (check). And then we saw a Koala that was on one branch who decided he wanted to be on another one. And he jumped! Really didn’t see that one coming. It’s like being in South America and looking at a sloth when it suddenly flips up into a handstand and starts doing pushups. 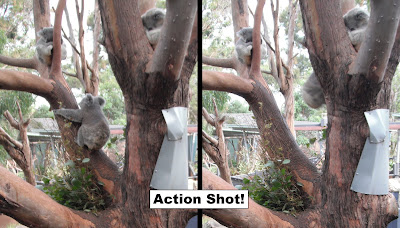 We hit the tiger enclosure by chance right when it was feeding and were fortunate enough that there was a large rock we could stand on so we had a clear view of the action: 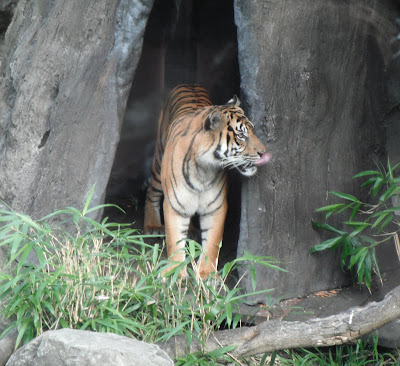 That’s the flesh of the zookeeper it’s licking off its lips. You’d think that would make it hard to find zookeepers but it’s more a matter of people really want to work at the zoo, they just don’t want to get assigned to the tiger cage.

One of the highlights for me was this snake: 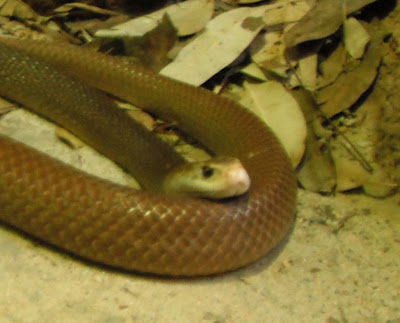 It’s called an Inland Taipan and is the most venomous land snake in the world. Seriously? This guy? How can someone so dangerous look so innocuous? It should really look a lot more deadly than it does. 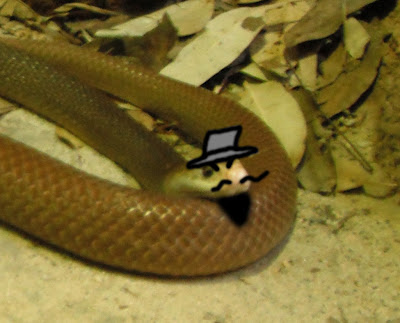 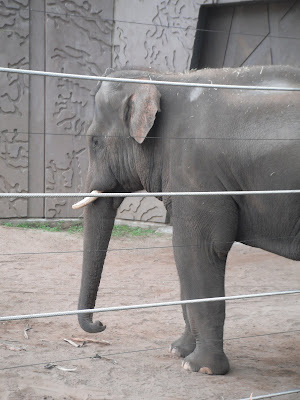 One caveat I’ll throw out there… this guy does NOT like people. I say this because the first thing he did was back up into the crowd, take a gigantic leak, and fart in everyone’s faces. Oh yeah, and he dropped his dink out before taking the leak: 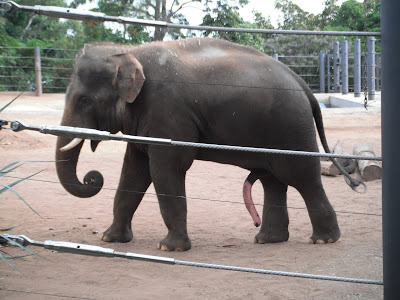 Yeah… I’m pretty sure I got the gender right this time. That’s quite the ugh, package. Some observations:

1) As Martha said, you don’t need a fancy car when you’re hung like an elephant
2) Even controlling for size, that thing is pretty damn big
3) I can’t be sure, but I think he’s circumcised

Ok, there was a lot of animals at the zoo, so I’m not going to bore you with every one we saw. So this is going to be the last one, and it was the animal that I was strangely pumped to see. Meerkats: 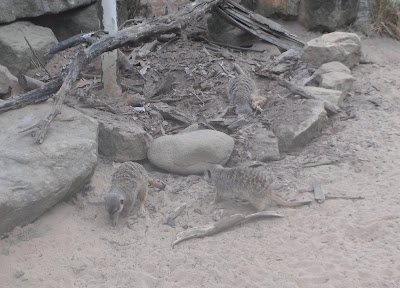 There’s only a few in this shot, but they live in these big communities of burrows in the Kalahari desert. They don’t have any body fat so they have to scrounge on the surface every day, which means they’re pretty vulnerable to predators as they’re looking for food. They’ve coped by having at least one member of the group always on lookout for predators, standing up on its hind legs to get a better view. Here’s a shot from the wild: 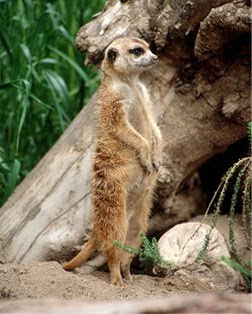 This guy is pumped for action. He knows the team is depending on him, and is ready with constant vigilance to identify a threat the moment it presents itself. As a result, I thought it would be cool to see that community at work in the zoo. Instead, what we saw was this: 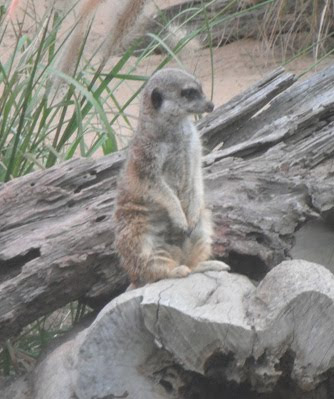 What the hell? Where’s your concern for your brethren? You’re on duty for god’s sake, show some intensity! Sadly, here is the real sadness in the zoo. Regular food and water just can’t help but take away some of that natural instinct. So while the wild Meerkats get this: 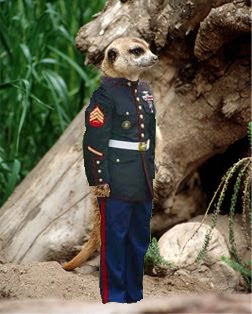 The zoo Meerkats get this: 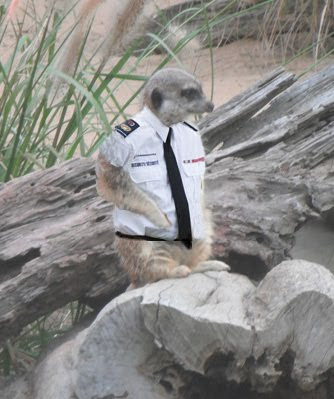 All in all it was a great day at the zoo. Topics not covered include seeing a Snow Leopard jump around, Kangaroos cruising, a Komodo Dragon looking like the badassest of all badasses, and coolest of all we saw a platypus doing barrel rolls in his tank and swimming around like a madman. Amongst other things. Long story short, definitely check out the zoo if you go to Sydney.

Visitor update #4: Martha rolled into town for a visit! She’s off elsewhere right now but will be back to hang with us again next weekend. Dave was also supposed to come, but he thought he was Spiderman and broke his ankle. Smrt move Dave, we look forward to seeing you when you heal up.
#1: Sylvia
#2: Timmaaaay!
#3: Amelia, Daniel, and family
#4: Martha
Posted by Paul_Par at 8:28 PM