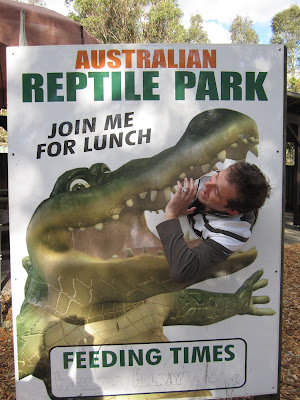 
I see a lot of hands up in the air for #3, but you're wrong. Saltwater croc wins hands-down. This was without question one of the most awesome things I've seen in my entire life. I could get on the plane right now and go home and this trip would still feel like a fantastic success.

Snake!:
It wasn't just the croc either, there was lots of awesome stuff at the reptile park. For instance, have you ever seen a more snakey looking snake than this guy? 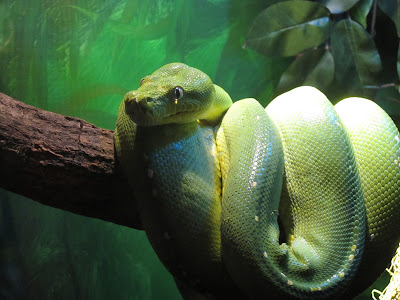 Seriously, this guy came with his own ladder. He offered me an apple while I was there. Baloo and Bagheera showed up and did a song with him (okay, maybe I got too obscure with the Jungle Book reference). Still, awesome looking snake. 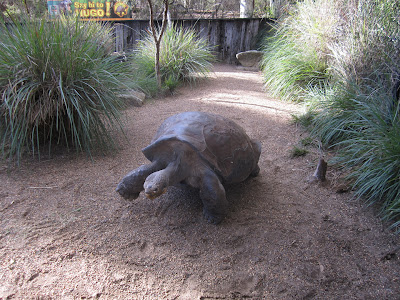 This was a Galapagos tortoise who was totally not content to just chill out in his pen. He was booking it around in a circle, and Erika couldn't help but take a dozen photos of him. Actually, this is probably a better representation of him: 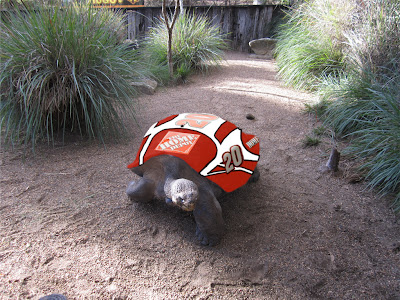 He's even turning left like he's a NASCAR racer (by the way, every photo in the history of NASCAR is taken from the exact same camera angle. Seriously, Google image it). 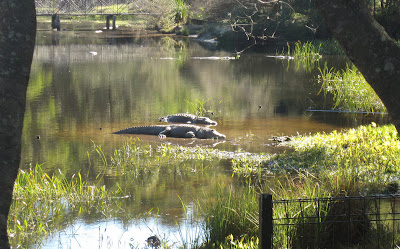 The alligators are right there when you enter the place too. It's a huge pen with a ton of gators... pretty cool to see them just chilling out up there. There's a walkway near the water where some of them were hanging out and guess what... this is what Erika is studying! 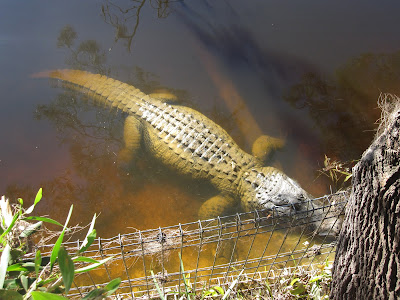 Sorry, let me zoom in so you can tell better: 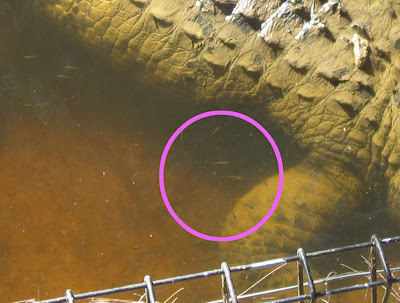 Okay, so maybe it's not as cool as the alligator. But hey Erika likes fish, and it's at least near a gator, and... well... okay, touchy subject. It's probably best if I just move on.


And now for the main event!
I don't mind telling you that this was so awesome I'm just going to throw out a bunch of photos out there and not even try to make jokes. How cool are these!

C'mon people, this is awesome! My favourite shot by far is this one though:


That is one mo-fo of a crocodile! By the way, am I a bad person for kinda, maybe, sorta hoping to see the croc go after the guy instead of the chicken? Only like 3%, but still.

That was my visit to the Australian Reptile Park. It was fantastic. Y'know, in case you couldn't tell.


COMPLETE TANGENT:
Can someone explain to me why my Toilet Duck kills 99.9% of the germs in my toilet bowl? Don't get me wrong, I'm sure there's some guy in the R&D department at Toilet Duck Incorporated who worked really hard to find a way to get the Toilet Duck formula from killing 99.5% of the germs up to 99.9% of the germs and his boss was super impressed so he got to go home and tell his wife about how Toilet Duck is now 0.4% more effective because of him and this could mean a big promotion and then they both went out for a fancy dinner to celebrate - but let's be realistic. It's a toilet! Why do I care about germs? It's not like I'm making kimchi in there! And I hate to break it to you R&D guy, but I'm one cheese sandwich away from inflicting my 100% effective germ creating power on that same toilet.

It's probably cheaper to just clean the thing with vinegar.
Posted by Paul_Par at 7:17 PM