No blog post this week, we're on vacation up in Queensland visiting friends, hitting the Great Barrier Reef, and hopefully... more crocodiles! However we did see something awesome already that I thought I'd share because, well, it's just so awesome: 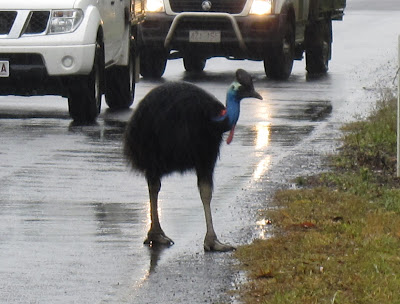 Some facts about Cassowaries:

For your viewing pleasure, I have a video to share as well.
CAUTION: SOME ADULT LANGUAGE (I'm not saying who it was)