Like many of you, I have a Kindle. I love the thing, so does my wife, and it's a regular fixture around the household. If you're not familiar with Kindles, they come with a pre-installed pack of screen savers that are of famous authors, great moments through literary history; that kind of thing. Every time you turn it off it will cycle through to a different image, and that picture will just kind of linger on your bedstand until the next time you're ready to read. You can't change them (not without hacking your Kindle), so you're pretty much stuck with them.

Which is why I reel back in horror every time I see this picture: 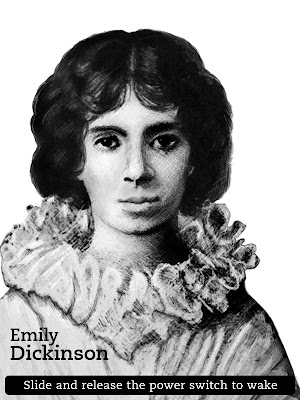 AAAGH!! KILL IT WITH FIRE!

Sweet dancing Moses; why would I EVER want that to be staring back at me from my bedside table? Look, I'm not here to bash on Emily Dickinson buuut... woof. That might be the most hideous picture ever taken. I'm not alone in this: Erika reacts as though a rat just dropped from the ceiling and started dry-humping her wrist every time this heartthrob is staring back at her. It's gotten to the point where whenever we turn off our Kindles there's a moment of fear as the screensaver pops up, then a prolonged sigh of relieve if Emily Horrorson isn't lurking in the weeds. If it is the E-hids, that Kindle is back on so fast that keys are flying off as we desperately attempt to switch the screen savers.

Seriously... how the hell did this ever end up a mainstay on the Kindle? And who hates Emily Dickinson so much that THIS was the picture they selected? And why, out of 23 different screen savers does this one seem to come up 1 in every 5 times?

It's not like this is Emily's fault either. Yes, she should absolutely have fired her stylist. But it's not like she was an inherently ugly gal and the Kindle team was choosing from a pile of equally ogreish pictures. Case in point: 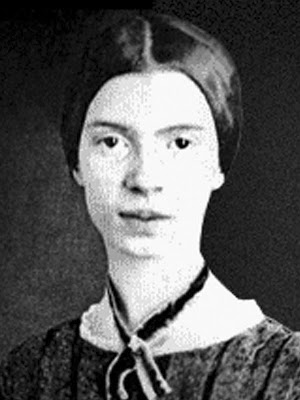 See? Why wasn't that the picture they chose? I mean, yeah. She's not runway material but this is 1847 we're talking about. If you got to the age of twenty without coughing to death or having half your face fall off you were considered attractive. Well, unless you were Kindle Dickinson, who instead looks like she may or may not be her own brother in drag.

Come to think of it, that Kindle picture does remind me of something. Hmm... what could it be?

Yeah, there's the ruffled, Pagliacci-esque neckpiece buut... maybe it's the black and white that's throwing me off? 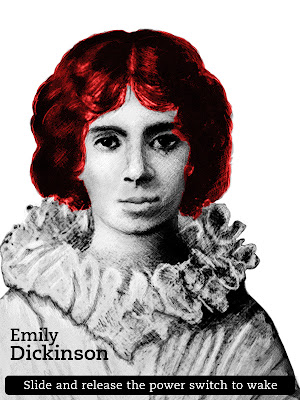 Well c'mon, it's not like she showed up for the portrait-shoot in black and white clothes. 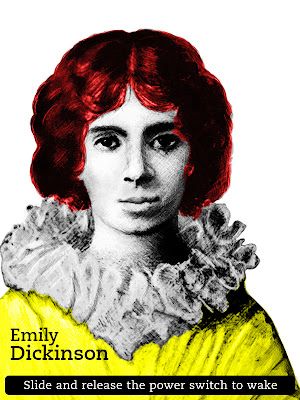 Getting closer, but are we sure the collar wasn't coloured too? 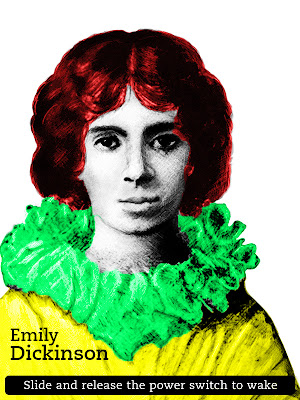 Ooo, that's just about it. One more tiny edit... 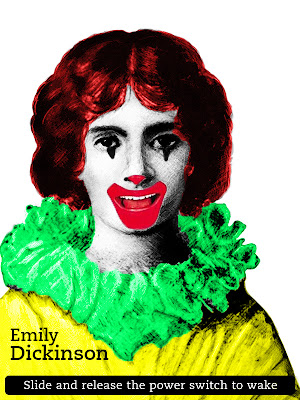 
COMPLETE TANGENT:
Erika and I had our anniversary on Saturday. I wore a nice long-sleeved black collared shirt. We went, had dinner, then came home. That was the point when I realized my shirt had been on inside-out the entire time.